Inverters are your savior from time-consuming power cuts and the solution to all your energy requirements! Due to the rise of clean energy, more people are taking advantage of wind or solar-plus-energy storage systems than ever before, as they provide a sustainable, efficient, and versatile method of powering various appliances. However, with any storage system, you will need an energy source, a battery, and an inverter to make your self-sufficient dreams possible. Whether you are an avid camper, living off the grid, or in the market for a backup energy source, inverters can be essential tools for a multitude of scenarios and lifestyles. If you are interested in purchasing one, but you are not quite sure where to start, read on to learn everything you need to know about inverters, including how they work, types of off-grid inverters, and what you need to know before buying an inverter.

What is a Power Inverter Used for?

Inverters are one example of a class of devices that are referred to as power electronics, which regulate the flow of electrical power. Inverters convert direct current (DC) electricity from the power source into alternating current electricity (AC). The inverter is able to accomplish this conversion by rapidly changing the direction of DC input back and forth. In fact, the input will reverse through the circuit nearly 60 times each second! Inverters are often used in solar-plus-storage systems because solar panels and batteries use DC, but most households as well as the electrical use AC. Therefore, to be able to use the energy generated by solar panels or stored in solar batteries in your house or in conjunction with the electrical grid, the current needs to be converted from DC to AC.

It’s important to note that in converting DC to AC, the inverter converts the DC voltage to an AC voltage by using semiconductors in order to quickly reverse the polarity of the direct current input. In the majority of cases, the input DC voltage – such as from a 12V or 24V battery – is usually lower, whereas the output AC voltage is equal to the grid supply voltage of either 120 volts, or 240 volts, depending on the country. As a result, you will just need to keep in mind what you plan to use the inverter for, how much energy is needed, and how long it will be used, as this will help inform what type of battery and inverter you should purchase. 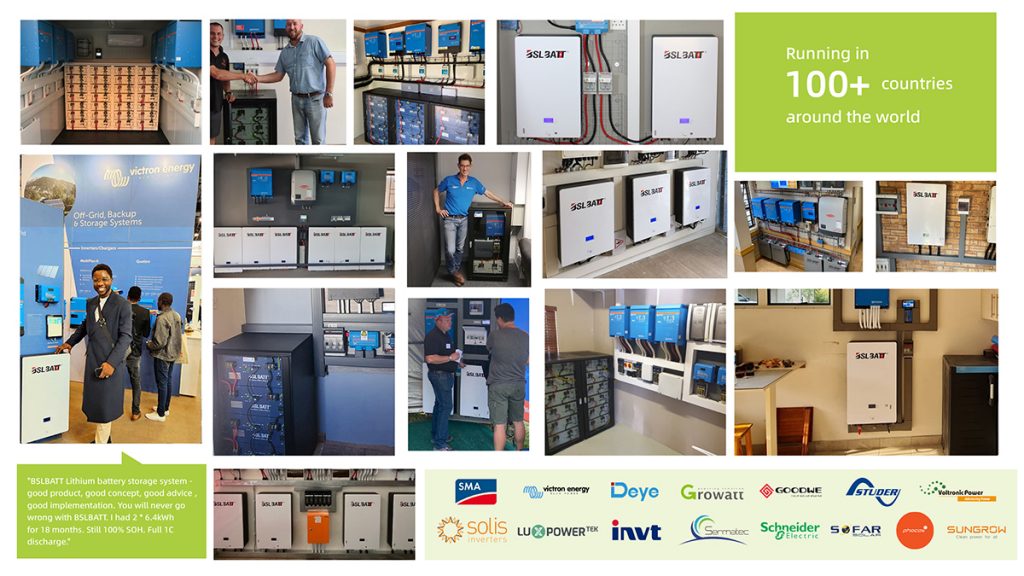 What is AC Power and DC Power?

In order to understand what power inverters do, we first have to take a look at how electricity works. Different power sources give off different types of electricity. The power outlets in your home give off a standard of electricity known as Alternating Current (AC). The second type of electricity, Direct Current (DC), comes from batteries, solar panels, fuel cells and a few other sources.

Without getting too technical, the difference between the two stems from how current flows within each electricity standard. DC power flows consistently in a single direction, while AC power is characterized by periodic changes in direction. This makes DC power more consistent in the voltage that it delivers. AC power, however, is cheaper and easier to create. Plus, it can travel much further distances than DC power.

What is the Difference Between a Modified and Pure Sine Wave Inverter?

If you are interested in purchasing an off-grid inverter, there are two main types: pure sine wave inverters and modified sine wave inverters. The three key differences to keep in mind are cost, efficiency, and usage. It is important to evaluate your needs in order to identify which one is the most practical and financially feasible.

A sine wave is what you get from your local utility company and (usually) from a generator. This is because it is generated by rotating AC machinery and sine waves are a natural product of rotating AC machinery. The major advantage of a sine wave inverter is that all of the equipment which is sold on the market is designed for a sine wave. This guarantees that the equipment will work to its full specifications. Some appliances, such as motors and microwave ovens will only produce full output with sine wave power. A few appliances, such as bread makers, light dimmers, and some battery chargers require a sine wave to work at all. Sine wave inverters are always more expensive – from 2 to 3 times as much.

A modified sine wave inverter actually has a waveform more like a square wave, but with an extra step or so. A modified sine wave inverter will work fine with most equipment, although the efficiency or power will be reduced with some. Motors, such as refrigerator motor, pumps, fans etc will use more power from the inverter due to lower efficiency. Most motors will use about 20% more power. This is because a fair percentage of a modified sine wave is higher frequencies – that is, not 60 Hz – so the motors cannot use it. Some fluorescent lights will not operate quite as bright, and some may buzz or make annoying humming noises. Appliances with electronic timers and/or digital clocks will often not operate correctly. Many appliances get their timing from the line power – basically, they take the 60 Hz (cycles per second) and divide it down to 1 per second or whatever is needed. Because the modified sine wave is noisier and rougher than a pure sine wave, clocks and timers may run faster or not work at all. They also have some parts of the wave that are not 60 Hz, which can make clocks run fast. Items such as bread makers and light dimmers may not work at all – in many cases appliances that use electronic temperature controls will not control. The most common is on such things as variable speed drills will only have two speeds – on and off. 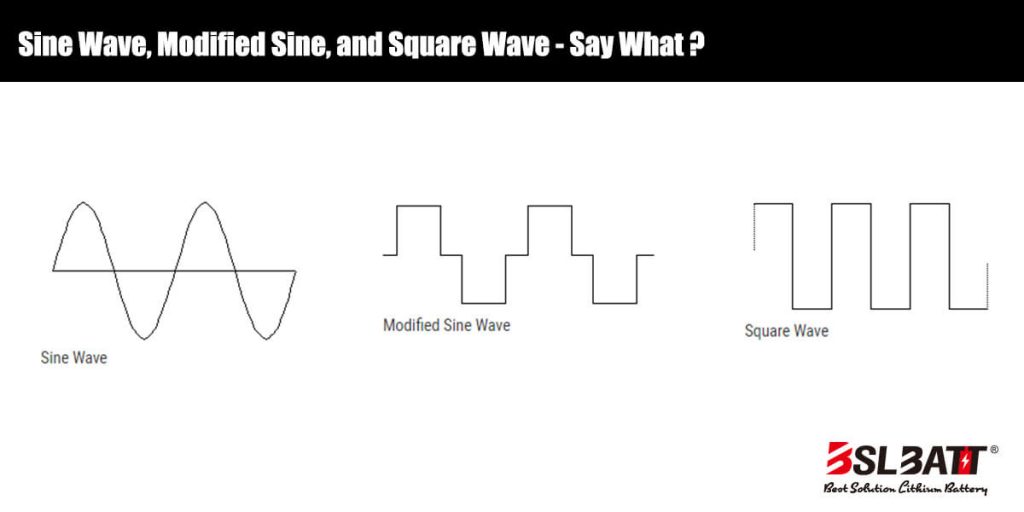 How Do I Calculate What Size Inverter I Need?

Purchasing an inverter can feel like a daunting decision, especially if you need it for delicate appliances, off-grid living, or when the lights go out in a storm. You want to feel confident that you can rely on your inverter for any situation that may arise.

● Finding The Best Batteries to Pair with Your Inverter

Before getting set on one specific inverter, it is imperative to establish the electrical load necessary to power your appliances. To calculate this properly, be sure to ask yourself the questions below:

● How many continuous watts does your appliance require to function?

● How many different appliances do you plan to run at once?

● How much of a power draw (or surge) is created when the appliances are turned on?

For how long do you need to use each appliance?

Once you have your answers, you can identify an inverter and a battery that fits your needs based on your peak load requirements. Peak load is the maximum electrical power demand over a specific time period. Calculate the load by checking the wattage listed on each appliance or tool you plan to use and add them all together. To account for some energy inefficiencies that could occur, calculate your energy costs at 20% higher than the sum of all your appliances (in watts). To establish the voltage of an inverter, look at the electrical specifications listed on the product or information packet.

Finding The Best Batteries to Pair with Your Inverter

It is also important to note that, in addition to inverters, batteries play a major role in power systems. They allow for freedom, the use of clean energy, and security. If you plan to use renewable sources like wind or solar to power your system, the energy absorbed will need to be converted to alternating current (AC). In order to make this possible, the battery is connected to the inverter which then distributes power to the outlets and appliances. Since inverters and batteries go hand-in-hand, it’s essential to determine the amount of time you can use your appliances for at peak load. Then, you can calculate the total watt-hours a battery is capable of storing by using a “battery backup time” formula specific to the type of battery you have. Whether you are looking for an inverter and battery pairing for your RV, van, boat, tiny house, or off-grid cabin, BSLBATT’s lithium iron phosphate batteries pair well with commonly used inverters from brands such as Victron Energy, SMA, Deye, Growatt, Goodwe, Studer Innotec, Voltronic, and Solis. If you are searching for a sustainable and long-lasting battery option that provides seamless integration with your inverter, BSLBATT can provide you with a worry-free energy storage system.

As you shop around for an inverter, it is also crucial to purchase from a reputable and trusted brand. Remember to inform yourself about how to use an inverter safely and consult a professional if you are unsure about something. Although an off-brand product may be advertised to function the same as a well-known one, don’t forget to ensure the inverter has temperature protections as well as high and low voltage. Now that you have learned everything there is to know about inverters, you are prepared to choose the best one for your lifestyle. Of course, if you need any other help along the way, feel free to contact our experts for help with selecting the right inverter for your needs. 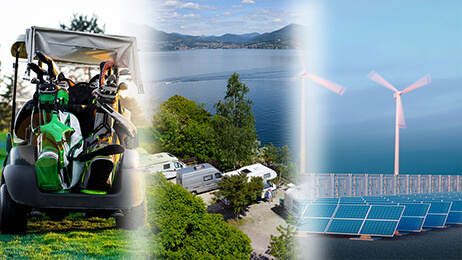 10 Exciting Ways To Use Your 12V Lithium Batteries

Back in 2016 when BSLBATT first began designing what would become the first drop-in replacemen... 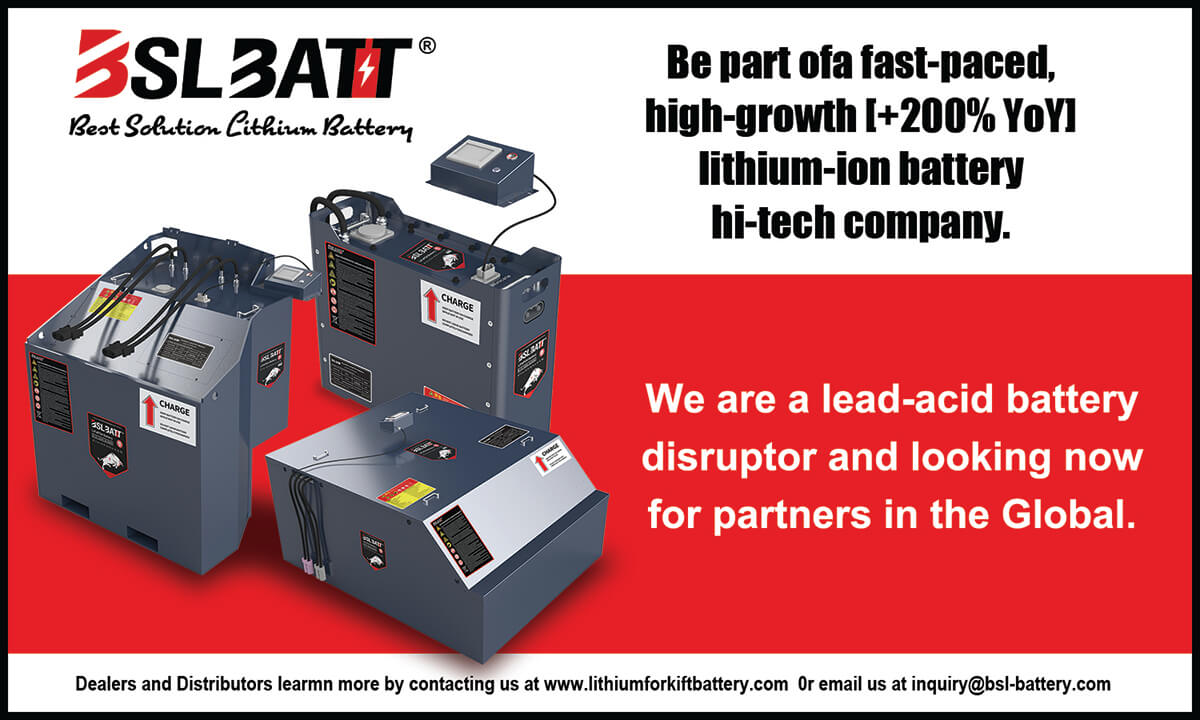 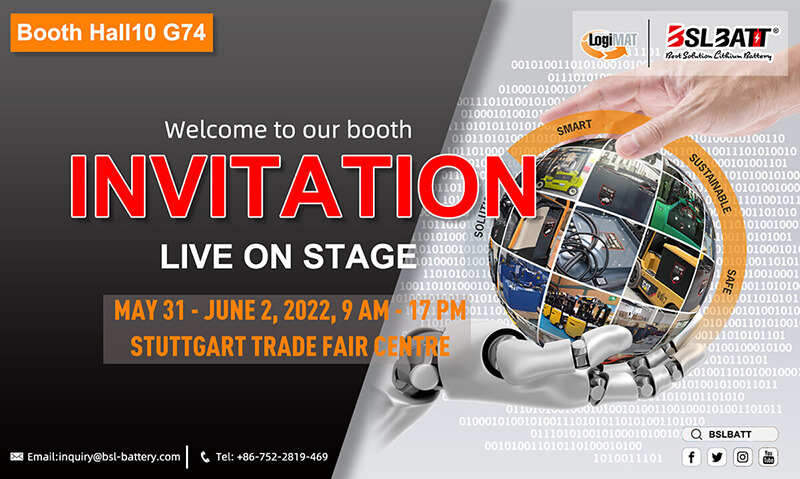 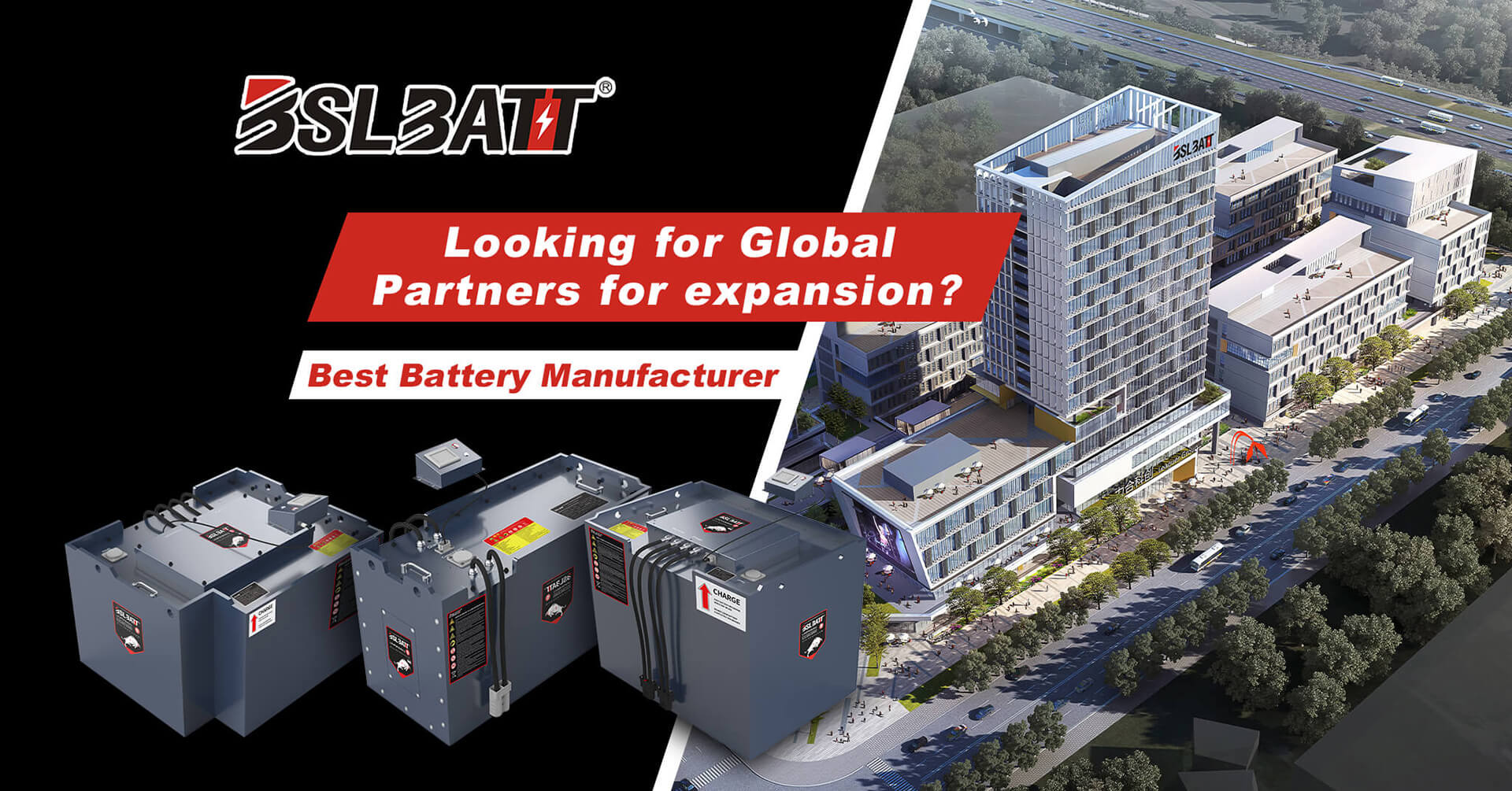 Looking for new Distributors and Dealers for BSL Lithium Batteries

BSLBATT battery is a fast-paced, high-growth (200% YoY ) hi-tech company that is leading the a... 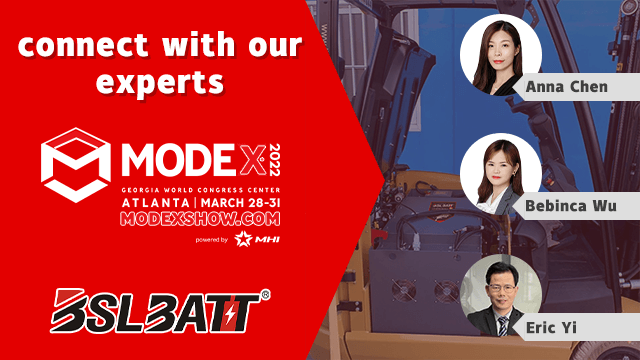 BSLBATT is one of the largest developers, manufacturers, and integrators of lithium-ion batter... 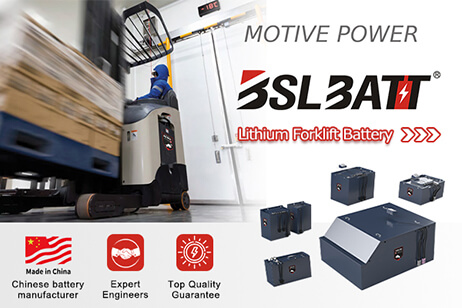 What makes the BSLBATT the Superior Lithium Battery for your Motive Power needs? 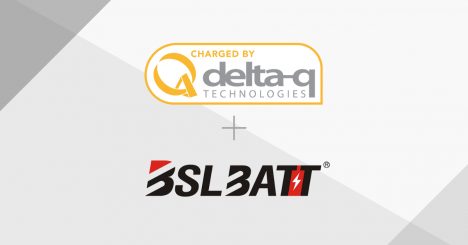 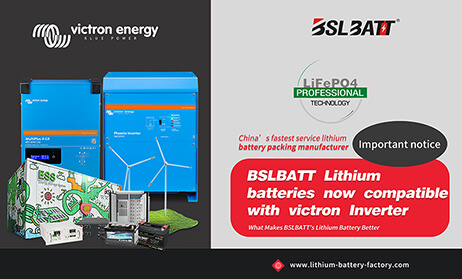 Big News! If you are Victron fans, this will be a good News for you. In order to better match ... 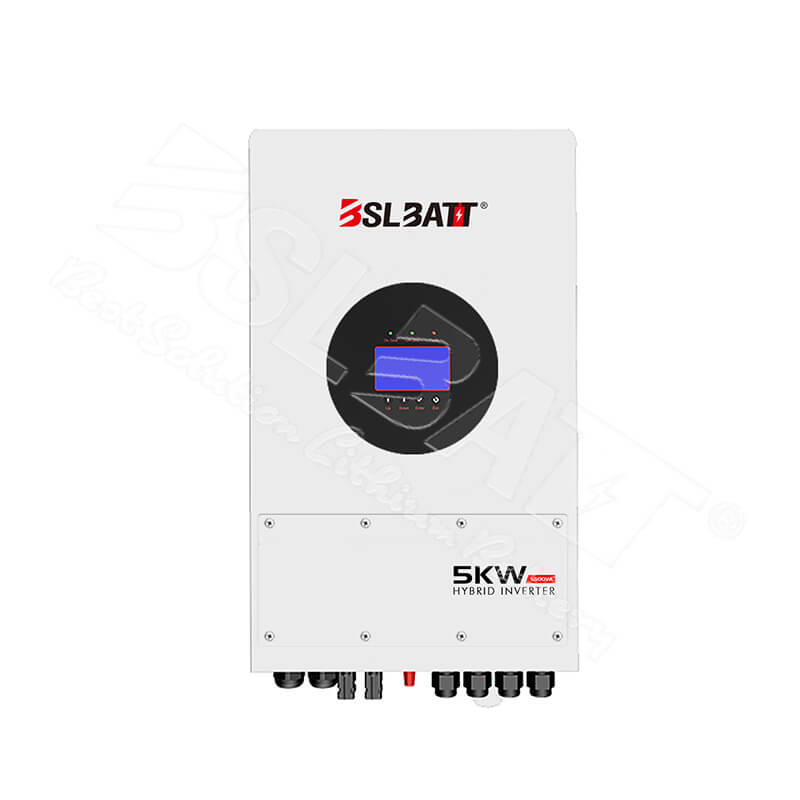